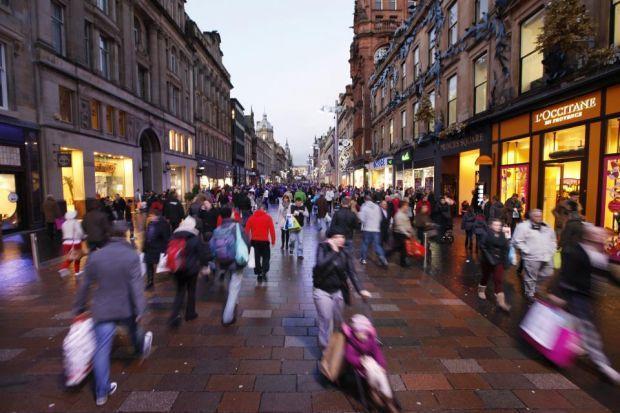 Listening to the news about retail tends to paint a bleak picture. Each week, we hear about another major label reducing the number of stores, filing chapter 11, or closing its doors completely. Good news: retail’s future isn’t all bleak. Some brands are shining stars in this time of retail disruption. The following brands plan to expand their footprints.

Major retailer Target is growing bigger by going smaller. It’s opening stores with a smaller footprint in dense urban areas. The company reports stores in Manhattan and Philadelphia generated twice the productivity of its larger box stores thanks to increased traffic and higher sales per square foot.

On the heels of eight straight quarters of double-digit sales growth, beauty chain Ulta is growing towards 1,400-1,700 US retail locations. The chain’s success is bolstered by services that require consumers to show up at physical locations and a strong loyalty program. It opened 100 stores in 2016 and plans call for 100 more in 2017.

These super-discount stores leverage their smaller footprints to put them close to consumers. Dollar General plans 1,000 new stores and two distribution centers in 2017. The chain added 900 in 2016. Dollar Tree is expanding with 650 new stores during its fiscal year, adding to the 14,000-plus operating in the continental United States and five Canadian provinces.

This rapidly growing home decor retailer is aiming for 600 stores in the next few years. That’s a rapid expansion from the just over 115 operating in the US today. At Home attributes its success to its ability to bring new trends to the market quickly and the decline of other big box stores.

The National Retail Federation named Albertson’s amongst the fastest growing retailers in the nation. The company’s growth is thanks to acquisitions, such as the 2014 purchase of Safeway. At the end of 2016, the brand’s announced plans to renovate 150 stores and open 15 new locations during 2017.

Nordstrom is growing against a struggling department store industry by doing so strategically and carefully. In 2017, Nordstrom plans to add 15 new Nordstrom Racks, its discount brand, and one full store. The brand opened 21 Nordstrom Racks in 2016.

By offering discounted goods and the lure of discovery, TJ Maxx, Marshalls, and HomeGoods is performing well. In 2016, parent company TJX added 200 stores globally and has a long term plans to add 1,800 locations. TJX is testing a new home fashions concept, HomeSense, in 2017 with two locations in New Jersey and one in Massachusetts.

Aerie, a body-positive division of American Eagle Outfitters, plans for 50 stores to become 240 strong by end of 2017. The brand stays ahead of the trends and uses quality materials to lure consumers. Plans call to add a yoga and swimwear line.

Originally an e-commerce chain, men’s retailer Bonobos was acquired by Walmart. The brand started the year opening three physical locations and is expanding its so-called “guide shops” to 20 new stores in 2017.

Warby Parker is another niche retailer that started online. Now offering its eyewear in small stores, Warby Parker has 46 locations, but it’s growing by 50%. By the year’s end, Warby Parker will add 25 new stores.

4URSPACE connects construction vendors and other professionals providing assistance to the construction industry to the clients who need their services. Click HERE to Contact Us

Pop-ups Are a Win-Win for Retail

Is Small the Next Big Retail Trend?