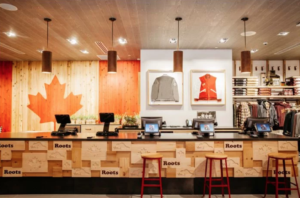 Roots wants to open 10 to 14 stores in the United States by the end of fiscal 2019, reported the Calgary Herald, and already has four leases signed, including sites in Boston and Washington, D.C. The retailer currently has 120 stores in Canada and four in the United States. It also operates stores in Taiwan and China with local partners.