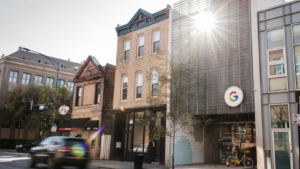 Seattle-based tech giant Google has launched a new retail pop-up in the Bucktown neighborhood of Chicago. Known as the Hardware Store, the temporary retail concept showcases the company’s Pixel smartphones, as well as Google Home smart speakers and other products. The two-level store is lined with displays, as well as a miniature kitchen and treehouse that allow customers to test out voice-controlled devices.

The Chicago Tribune reports the pop-up will provide Google with insight into how to best perfect its retail presence in the Windy City. The newspaper previously reported that Google was set to open a two-level flagship store in the city’s Fulton district near its Midwest headquarters.