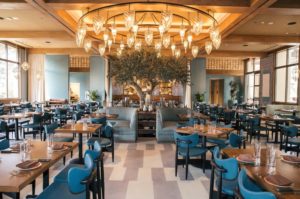 When the owners of Red O Restaurants wanted to open a fourth location in San Diego, they turned to MBH Architects to channel the luxurious vibe of a Mexican resort. Acting as the architect of record on the project, MBH Architects collaborated with JB Campise, the creative director and principal of Jon Brent Design, integrating contemporary design into the approximately 8,500-square-foot Mexican restaurant.

MBH Architects was founded in 1989 on the notion of creating a better architectural practice. Headquartered in the San Francisco Bay Area with an office in New York, MBH has grown to include more than 160 professionals working with allied architectural teams around the world.